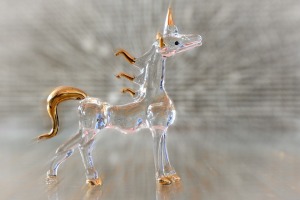 From Far Cathay to near Ol’ Miss, from the Frozen Wastes of the North to the Shark-Infested Timor Sea, from Here and Now to Eternity, Quick and Dead alike, people obeyed the Last Trump. Peter checked twelve billion names on his kindle, glad the Doomsday Book was digitized. When all appeared accounted for, the sea having reluctantly given up its dead, Rapture was enjoyed until dawn. Then, in a puff of green smoke, everyone disappeared, leaving the world empty. Almost empty; some missed the memo, even celestial databases have errors and omissions. Later those sleepers awoke on a California beach – in fact, Zonker Harris State Beach, and there was Zonker himself, snoozing, legs immersed in the rising tide.

“Hi there!” trilled a no-longer-sleeping beauty from West Hollywood, “Gimme a kiss, why doncha?” She chewed gum contemplatively while Zonker deliberated. “Uh, whassup?” he responded diplomatically. “The world ended, ‘cept us. One minute it was there, next moment gone, quick as a wink,” she informed him resentfully, “While I was enjoying beauty sleep after a hard night’s work.”

An ancient gentleman, dressed Amish-style, squinted at them. “What time is it? What century? I’ve got to break this habit, cultural dissonances are killing me. Rip’s the name, friends, Rip Van Winkle. Last time this happened to me…” He was interrupted by a whinny, and turned to gape at two unicorns splashing in the surf. “My, my, whatever’s that?”

“Unicorns. Too blond, they always miss the boat,” Zonker explained.

“What lovely little white deer,” gushed the girl, “I’ll go stroke them. So cu-u-u-ute!” She bounded clumsily towards the unicorns, stopped to remove her heels, halted with water to her ankles. “Water’s cold!” She shivered dramatically.

Zonker and Rip were immersed in a philosophical discussion about how humans were mere playthings for Gods. A stately, gold-crowned old man crept along the strand behind them. “Hungry,” he growled. “I’m royally hungry, feed me!” Rip and Zonker shrugged their shoulders unconcernedly.

“Shut my eyes for a second, damned cakes burnt up. I’ll fire that cook, sure as my name’s Alfred.” The king moved on, mumbling.

Beauty screamed. “A deer bit me! On my hand! Call an ambulance!”

Zonker was hit by a thought. He walked down to where she stood, examined her wounded hand. “Let’s go deal with this, honey, I know a quiet place. What’d you say your name was?”

They walked hand-in-hand up the sands. A hare leapt past them, looked back, fell asleep as a tortoise crawled along behind. From a tuft of grass a shy dormouse peeked out. Birds sang overhead, dolphins danced beyond the surf, the sun shone bright.

Peter beamed down from The Cloud. “Pretty, isn’t it, God?” he remarked hopefully.

Writer of Kern. View all posts by khotisarque